John (Jack) O’Brien was born in the slums of North Boston in 1930. He left home at the age of 17 and joined the Army. Over the next 25 years he served as a demolition expert, commando, staff officer, and commander. He fought in the frozen mountains of Korea and conducted special operations in Thailand, Laos, and Cambodia. This was followed by three tours in the jungles of Vietnam culminating with assignment to the US Army staff at the Pentagon. His career was marked by extraordinary success, and he became renowned as a military leader.

John met Jesus Christ as his personal savior at the age of 44 and resigned his military commission. He held several executive positions in the secular world and numerous ministerial positions to include serving as a missionary to Ireland. These battlefields proved to be more challenging with a change in personal status from warrior to servant. 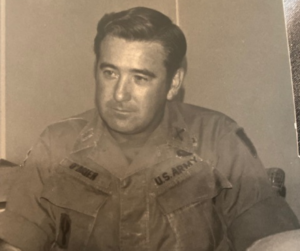 John has accepted the role of servant soldier of Christ, without rank, and is honored by his promotion to be “the least of all saints.”

If you like the show, please review us on your podcaster of choice! Feedback, ideas for topics and guest appearances are always welcome at podcast@raisingconfidentteens.com.